Click here how Virginia Jacko became the President and CEO of Miami Lighthouse. Video produced by the Plaza Health Network Foundation as part of their 9th Annual Women of Distinction & Caring Luncheon.

Virginia Jacko is known as a "blind visionary." She was a financial executive at Purdue University for 22 years, including 12 years directing financial affairs for the President and Provost. In her leadership role, she applies her acumen in financial and program development, governmental and donor relations, accreditation and compliance arenas in overseeing Miami Lighthouse. Her expertise was enhanced by obtaining a certificate of completion in "Strategic Perspectives in Nonprofit Management" from the Harvard Business School Executive Education Program.

During her 17-year tenure as President & CEO at Miami Lighthouse the number of program participants has grown from fewer than 500 in 2005 to over 20,000 this year, and she has grown the organization's assets from $10 million to nearly $72 million. Because of her grant and contract expertise with public and private funding, Miami Lighthouse, for example, in 2022 has 44 government contracts and funding from more than 50 private foundations.

Under her leadership the agency's national Charity Navigator rating moved from 2 to 4 stars, the highest rating possible, and subsequently achieved 13 consecutive 4-star ratings placing it among the top 1 percent of the 9,000 nation's nonprofits evaluated annually. Miami Lighthouse is among the elite 119 charities that have attained perfect scores from Charity Navigator for Financial Health as well as Accountability & Transparency resulting in an overall perfect score. In addition, Miami Lighthouse also received a perfect 100 score on the Charity Navigator Leadership and Adaptability Encompass Beacon. This score provides an assessment of the organization's leadership capacity, strategic thinking and planning, and ability to innovate or respond to changes in constituent demand/need or other relevant social and economic conditions to achieve the organization's mission.

As President and CEO of Miami Lighthouse for the Blind, Virginia Jacko is committed to ensuring the blind and visually impaired, low vision seniors and financially disadvantaged schoolchildren without resources for eye care, regardless of age, socio-economic status or ethnicity, have equitable access to education, blindness prevention programs, and vision rehabilitation training.

Ms. Jacko founded the Miami Lighthouse Academy, LLC, an Accredited Professional Preschool Learning Environment, which includes the first fully inclusive early learning prekindergarten for students ages one through four where visually impaired students learn along with their sighted peers pursuing the same curriculum, the HighScope Curriculum. The Miami Lighthouse prekindergarten program was featured in "Seeing Without Sight, Miami Lighthouse for the Blind and Visually Impaired Adopts the HighScope Curriculum" in The Active Learner, HighScope's International Journal for Early Educators, Spring 2019, © Betsy Evans. Other recognitions of children's programs include Miami Lighthouse's Early Intervention Blind Babies Program being named 2016 Children's Program of the Year by The Children's Trust.

With a grant from The Children's Trust, for the last five years teams from the University of Miami research faculty and Miami Lighthouse have conducted collaborative research on the Miami Lighthouse Academy, LLC inclusion program. During that time, the inclusion model has demonstrated benefits for students, teachers, and parents. Fifth-year results by researchers at the University of Miami found that the quality of teacher-child interactions in emotional and behavioral support once again exceeded the national average of the Classroom Assessment Scoring System (CLASS), an industry standard rating scale. Notably, the emotional support domain for toddlers scored 6.8 out of 7—more than two points above the national average of 4.62 out of 7.

Concerned with the large number of visually impaired adults without a high school diploma (20%), she collaborated with Miami-Dade County Public School to provide an on-campus adult basic education, GED Program and English as a Second Language instruction enabling adults to attend college and pursue a career.

Recognizing that Cortical Visual Impairment (CVI) is the number one cause of pediatric visual impairment in developed and developing countries and that unlike ocular vision impairment functional vision in children with CVI is expected to improve with early diagnosis, appropriate assessment and intervention, she founded the Miami Lighthouse Cortical Visual Impairment Collaborative. Approximately 30-40% of children with visual impairments have CVI. The goals of the CVI Collaborative Center are to improve diagnosis and timely treatment of CVI and to increase awareness of CVI within both the medical and education communities as well as the general population.

Ms. Jacko is the author of eight peer-reviewed, archival journal publications, four of which pertain to best practices for the children that the Miami Lighthouse serves. She was an accreditation reviewer for the National Accreditation Council for Blind and Low Vision Services, was named Distinguished Alumni by the College of Health and Human Sciences and the HHS Alumni Association, Purdue University and has served on boards of foundations and nonprofits like the Girl Scouts, Easter Seals and the Red Cross. Recently, she served on The Miami Foundation Community Advisory Council and the Miami-Dade County Mayor's Health Equity Special Needs Advisory Committee.

As a national expert in website and distance learning accessibility for people with vision impairment, Ms. Jacko has been quoted in The Wall Street Journal , TIME , Forbes and the Chronicle of Higher Education and featured at NPR. Her advocacy for accessible digital information in the workplace, which has resulted in successfully placing clients in mainstream, competitive employment in the Greater Miami area, has been featured in national publications such as The Saturday Evening Post and New York Magazine. 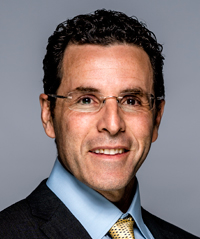 Mr. Fernandez has served as a Vice President of Finance and Senior Corporate Accountant for several major Florida-based corporations, including Banyan Health Systems, a major non-profit comprehensive behavioral healthcare provider, where he directed and oversaw the agency's financial planning and administration, including its accounting system. Most recently he served as President of Diligent Accounting Services, a full service accounting firm.

In addition to holding Certification as a Public Accountant for the State of Florida, Mr. Fernandez holds a Bachelor of Accounting and Master of Science in Taxation from Florida International University. 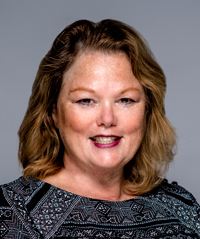 Carol Brady-Simmons has been with Miami Lighthouse for more than 30 years and brings vibrant energy and creativity to the many projects she undertakes. She has served in many capacities during her tenure at Miami Lighthouse, including Chair of Orientation and Mobility; Interim Director of Adult Services, Director of Children's Services and the Low Vision Program and has served as Chief Program Officer for the last 10 years. 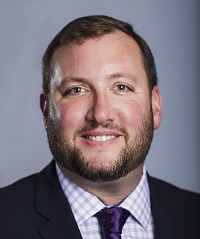 Born in Miami, Mr. Sisser attended Ransom Everglades High School which prepared him for The George Washington University in Washington DC, where he graduated in 2005 with a bachelor of arts in political science. Mr. Sisser graduated with a Master's in Public Administration from Florida International University in 2011. Mr. Sisser also received a Certificate in Fund Raising Management from the Indiana University Lilly Family School of Philanthropy in 2019. 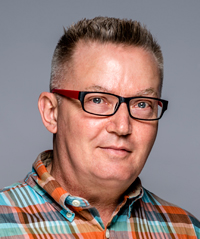 The skills and knowledge he has obtained throughout his career allow him to manage a broad range of services that span client transportation, building maintenance, janitorial needs, in-house catering, disaster preparation and building compliance to maintain a safe, clean, secure environment for Miami Lighthouse clients, employees and visitors. Mr. Rabalais has served as Owners Representative on three major construction projects which expanded Miami Lighthouse from 30,000 square-feet to 150,000 square-feet. Mr. Rabalais obtained his Bachelor of Architecture Degree from the University of Louisiana. 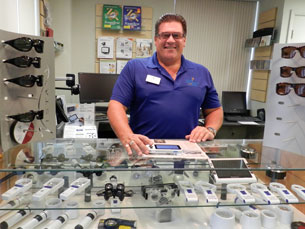 Need the latest tech and healthcare devices for the blind and the visually impaired?
Enjoy 10% off your first purchase at the LighthouseShop.org

Double your investment through The Wildflower Challenge

Donate Now
Thank you for joining our LightLine™ E-Newsletter!

If you know someone affected by vision loss, check out our virtual "Living with Low Vision" series supported by Florida Blue, visit: https://lighthouseshop.org 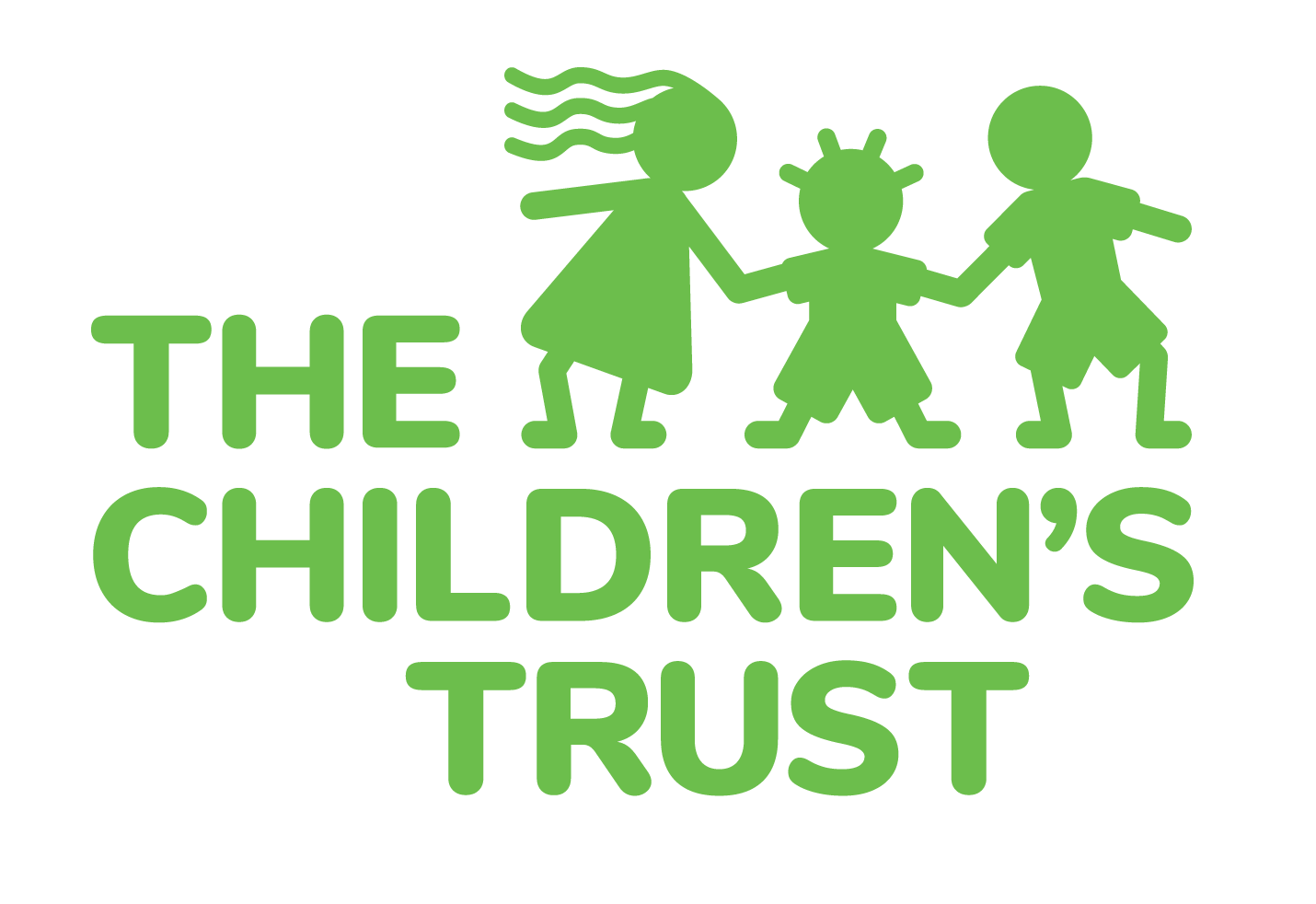 Copyright © 2003-2023 Miami Lighthouse for the Blind. All rights reserved. Terms and conditions.
This web site was designed and developed by BizSolutions, Inc.